Tiger Woods misses cut — and so does Nike

Well, the cut Nike’s missing out on is the cash from sales boosts the company was expecting to see after dressing Tiger Woods in the trendiest of Nike golf gear this weekend. 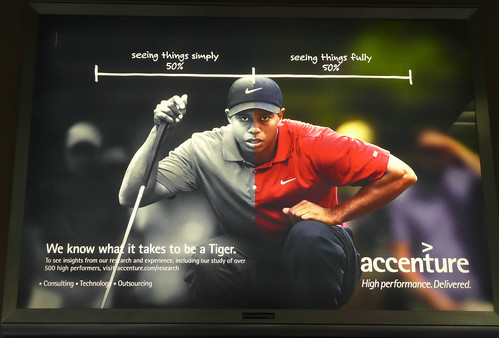 Last week I wrote a post about how apparel companies actually have clothing scripts for some of their top golfers. The idea is, they figure why not put those hours of television coverage to good use and tell their golfers what to wear so they can plan to coordinate those items with their store inventories?

It sounds like a pretty good plan and almost foolproof — after all, it’s not like a great like Tiger Woods won’t make it past the second round and into the weekend coverage? Right?

For the first time in three years Woods didn’t make it to weekend play, and the world’s No. 1 player missed the cut Friday at the British Open, shooting a 4-over 74 at Turnberry.

I guess that’s the gamble you take if you’re Nike…hopefully they didn’t overload their inventory too much with the clothing Woods was expected to wear this weekend. But if they did, count it as a win for the consumer because you may see it on sale soon…

×
Enjoy This Free Article.
We Have 2 More For You.
All You Need To Do Is Register To Receive Your 2 Additional Free Articles.
apparel golf Marketing Tiger Woods 10:28 am Mon, July 20, 2009 Maryland Daily Record
Liz Farmer