Having grown up in the San Francisco Bay Area, sometimes I think the only difference between Baltimore and Oakland is that the ocean’s on the other side. Similar demographics and size, both cities are trying to move beyond their old reputations of being less-than-desirable and both are located near cities that have traditionally out-shined them (Washington and San Francisco). 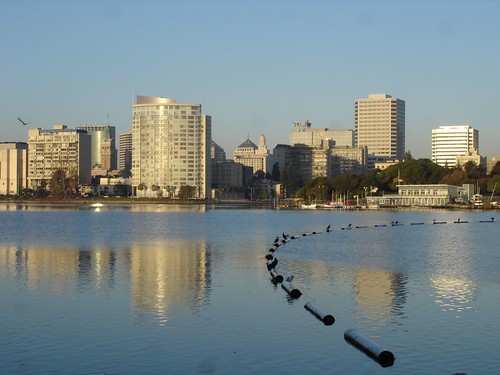 Now Oakland and Baltimore can chalk up another point for the similarities column: Lee Corrigan, founder of Corrigan Sports Enterprises. Last month, Corrigan sealed the deal to launch an Oakland Running Festival, modeled after his highly successful Under Armour Baltimore Running Festival (featuring the Baltimore Marathon, the half-marathon and other competitions). Set for March 28, 2010 the event is the company’s first West Coast endeavor and Corrigan’s Gene Brtalik is heading up an Oakland office to keep things, ahem, running.

(FYI, in case you’ve tried calling Corrigan Sports during the last month and found the phone lines down, they apologize — the main office has moved to Elkridge and it took about three weeks for the company’s phone number to be transferred to the new locale.)

Corrigan said Monday morning they are hoping to sign Clorox Co. as a title sponsor. Based in Oakland, Clorox is the maker of more than just cleaning products including Glad storage products, Brita water filters, Hidden Valley salad dressing and KC Masterpiece BBQ sauce. Geico has already signed as a sponsor for the event and Corrigan said he hopes to bring in Under Armour as the apparel sponsor.

Under Armour would do well to hop onto this train in any way it can as it is still not well-known west of the Mississippi, which is still Nike Land in many ways.

The enrollment goal for the Oakland Marathon’s first year is 6,000, according to Corrigan, who expects to make that mark and then some.

“Gene thinks if we come out there and do our normal thing at the level we do it, we will really do well for ourselves,” said Corrigan, noting that his company would bring a different style to the marathon not typically seen on the West Coast. “If we do that, the word of mouth will spread for us.”

×
Enjoy This Free Article.
We Have 2 More For You.
All You Need To Do Is Register To Receive Your 2 Additional Free Articles.
Baltimore Baltimore Marathon corrigan sports Marketing oakland 1:46 pm Mon, August 3, 2009 Maryland Daily Record
Liz Farmer