The surviving horses that were taken from Hilton and Donna Silver are well on their way to recovery,  a Baltimore County animal control official said Wednesday.

“They are doing phenomenal,” said Brooke Birman-Vrany, assistant director at Days End Farm Horse Rescue in Woodbine, which has housed the horses since April. 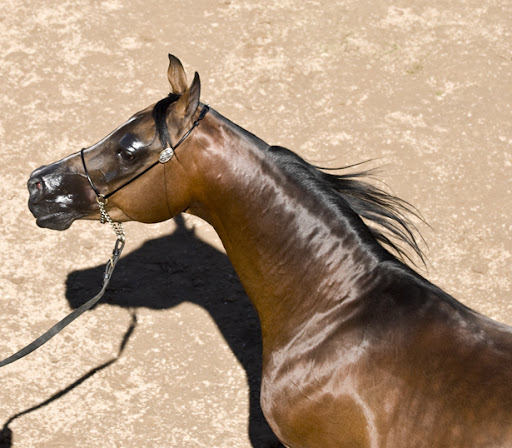 Birman-Vrany’s testimony was blocked by the judge after the Silvers pleaded guilty Tuesday to neglecting their stable of three. District Court Judge Robert J. Steinberg ruled that she would essentially be giving a victim impact statement on behalf of the horses, one of whom had to be euthanized.

Reached Wednesday, Birman-Vrany said the two surviving Arabians are exiting the “critical care stage” of their training program, with physical rehab that includes round-the-clock care and a strict feeding plan. They are now entering the “maintenance” stage of the program to re-learn how to handle a rider and generally be a horse for a new owner.

Birman-Vrany estimated the horses would be adopted by this time next year, based on the average horse’s stay at Days End Farm Horse Rescue.

The nonprofit organization currently cares for nearly 60 horses, almost all taken in through animal control offices around Maryland. The organization also in some cases takes in horses private owners can no longer care for, which is a growing problem in the current economy; Birman-Vrany said her office receives three calls a day from private owners.

“We’ve had a real increase in horse issues,” she said.

Birman-Vrany praised the work of Baltimore County prosecutors and animal control officers in the Silvers’ case, saying it has a set a precedent for horse neglect cases.

“I was very grateful for everyone who stood up for these horses’ welfare,” she said.

×
Enjoy This Free Article.
We Have 2 More For You.
All You Need To Do Is Register To Receive Your 2 Additional Free Articles.
Baltimore County district court horses pets 4:00 pm Wed, August 5, 2009 Maryland Daily Record
Danny Jacobs