When I told my friends about the story I was writing for today’s paper on Delaware’s sports betting they all asked me the same thing. So why the heck are the pro leagues against this? 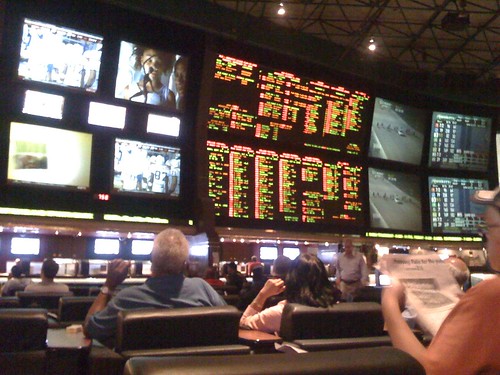 It’s a good question and it’s one I have a hard time answering.  Here is the gist of the leagues’ argument against why Vegas-style betting on sports should not be expanded to Delaware:

“Sports betting lotteries involving single-game betting threaten the integrity of professional and amateur sports and are fundamentally at odds with the principle — essential to the success of the MLB, the NBA, the NCAA, the NFL and the NHL — that the outcomes of professional and collegiate athletic contests must be perceived by the public as being determined solely on the basis of honest athletic competition.”

Also, “The implementation of a full sports betting scheme in Delaware would irreparably harm professional and amateur sports by fostering suspicion and skepticism that individual plays and final scores of games may have been influenced by factors other than honest athletic competition.”

Here are a couple of popular arguments against that statement.

1) NFL injury reports: why in the world should teams be required to submit injury reports Tuesdays and Thursdays if people weren’t watching the point spread? Sure, the reports also help for fantasy sports — which also turns into a form of gambling when players contribute money into a winner’s pot — but injury reports have been around much longer than fantasy sports.

Think about it. As a fan, do you really care what someone’s status is four days before the game? All I really need to know is his status Sunday morning.

2) March Madness brackets: how much television time is devoted to predicting who will make the college basketball NCAA tournament, the bracket shows themselves and the tournament predictions leading up to the first game in mid-March? Why should people care so much about “bracket madness,” “bracketology, or “bracket busters” if they didn’t have a little something on the line?

And let’s not forget you can go to the NCAA Web site to fill out and print your bracket. You know, for your own personal use. Not because you’ve entered it into a pool with 20 of your friends and are daydreaming about the new HD television you’re going to buy with your winnings.

3) The lottery: just this summer, the NFL owners voted to allow team affiliations with their state’s lottery promotions. Tons of teams, including the Ravens, partnered with their state lottery to promote a scratch-off ticket with the team’s logo on it. You can also buy these tickets at Ravens games.

Lastly, here’s what Delaware Park General Manager Andrew Gentile had to say about the NFL, which basically spearheaded the ultimately successful charge against Delaware getting anything more than parlay betting:

“Why they’re so against it, I don’t know,” he said. “I think they have the best of both worlds because they got the other leagues to join in and help pay for that law suit to stop this and now it’s limited to only football so they’re the only ones getting the attention and the activity.”

Do you think the sports leagues are being hypocritical, as many legislators and sports media have said?

×
Enjoy This Free Article.
We Have 2 More For You.
All You Need To Do Is Register To Receive Your 2 Additional Free Articles.
delaware football gambling march madness NFL sports betting 1:52 pm Fri, October 2, 2009 Maryland Daily Record
Liz Farmer