Too much money to manage

It seems like a good problem to have but managing millions of dollars can come around to bite a pro football player in the tush. 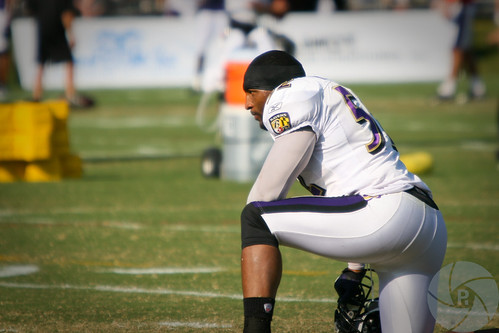 planning ahead for their future without football.

“With no guarantees in NFL contracts and the potential for a 2011 lock out, we want to make sure our members are prepared for injury or anything that cripples their career,” said DeMaurice Smith, the NFLPA executive director. “We’d also like them to transition from football to a lifetime of financial security and independence — something that is possible only with smart financial planning.”

Financial Finesse is based in California and the NFLPA is in Washington, D.C.

I have written about this topic before and focused on pro baseball players, but saving money for the future can be an even tougher concept for football players.

As financial adviser Joe Geier told me then, football players are drafted and go straight to the NFL with a lot of money at a young age — many go from living it up in college to living it up in the league but with a mush bigger expense account.

Baseball players can be a little more worn down by the time they arrive in the majors. Most are drafted, spend a few years in the minors getting paid a pittance and have the chance to calm down a bit before they’re called up. While they are certainly capable of blowing through paychecks when they finally do get their millions, the problem is more prevalent in the NFL (and the NBA for the same reasons).

While much of the spending is for toys like a big house, cars, etc., another large part of players’ spending goes toward taking care of their family members. That plus taxes, and these guys aren’t as insanely wealthy as it might seem. (They’re just semi-crazy wealthy.)

I go back and forth between feeling sympathetic for players — mostly for the ones who don’t get their jerseys sold in stores but who protect the guy that makes 10 times as much as him — and thinking it shouldn’t be that hard to save money when you’re still paid a premium by anyone else’s standards.

What do you think?

×
Enjoy This Free Article.
We Have 2 More For You.
All You Need To Do Is Register To Receive Your 2 Additional Free Articles.
finance football NFL 1:34 pm Mon, October 5, 2009 Maryland Daily Record
Liz Farmer