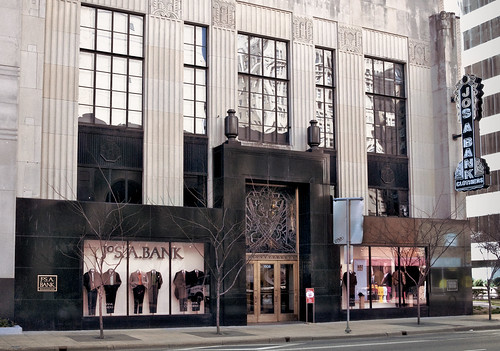 Coming in at No. 14, Hampstead-based Jos. A. Bank has made Forbes Magazine’s list of America’s top 200 small companies. The ranking is the best its earned and is the fifth consecutive year in a row Jos. A. Bank has been on the Forbes list.

Forbes looked at profitability and sales growth (among other stats) to determine its rankings. Jos. A. Bank posted $747 million in sales over the last 12 months with $64 million in profit.

In a press release dated Tuesday (the list came out last month), President and CEO R. Neal Black said he was proud to be one of the select companies to make the list five years in a row.

“Our strategy to consistently grow the Company in a controlled manner has produced a strong sales, earnings and cash flow performance over the past five years,” he said. “During this same five year period, we have added nearly $400 million in sales and approximately 2,100 jobs, while growing our brand throughout the United States.”

Unfortunately, Forbes doesn’t let you search the list by state anymore so it’s not as easy to determine how many Maryland companies made the list this year. But after a quick scan I can tell you, Owings Mills-based Medifast also came in the top-25 on the list at No. 16. (Medifast, which ranked 85th last year, makes weight-management products.) Hunt Valley-based Tessco Technologies, a wireless communications company, ranked 177th this year, and this is the third-straight year the company has made the list.

Under Armour, which ranked 28th last year, didn’t make it this time around. Our friendly slots neighbors, Dover Downs Gaming & Entertainment, came in at No. 179 this year (the third straight year the company has made the list).

If you find any more Maryland companies that made the list, let us know.