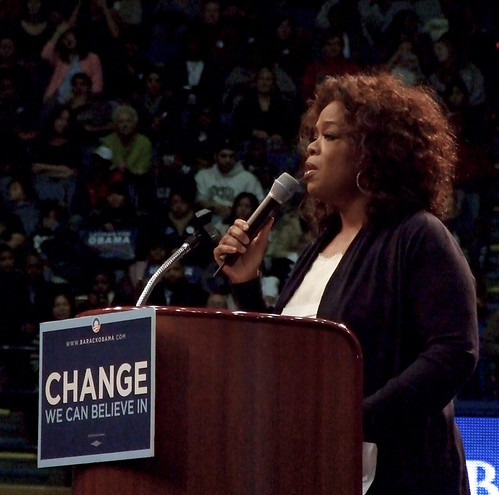 Oprah Winfrey may be off broadcast airwaves next year, but her next venture into cable makes Silver Spring-based Discovery Communications Inc. a big winner.

Winfrey’s announcement last week that she would be ending her talk show after 25 years next year rocked not only audiences but entertainment industry as a whole. As one of the biggest brands of our time, Winfrey’s incredible ability to zap through filters and make her audience and talk show guests feel as if they are best friends, is part of what’s created her unstoppable appeal over the years.

Starting in 2011, Oprah’s new media life will be running her “own” network in a joint venture with Discovery. The Oprah Winfrey Network (OWN) will debut next January to approximately 80 million homes on what is currently the Discovery Health Channel. The venture also will the Web site, Oprah.com.

“There is no bigger brand in media than Oprah Winfrey,” David Zaslav, Discovery Communications president and CEO, said in a statement. “She has changed the broadcast landscape and how people consume television…Discovery Communications has a tremendous partner in Oprah, and we look forward to bringing her and her creative vision, programming and unique voice to…OWN.”

Yeah, I bet they do. Discovery has grown over the years from a documentary-based network to the creator of original programming and now operates 10 cable networks in the U.S. TLC and the Discovery Channel are the most watched, with Discovery ranking as the 14th most-watched cable network this year and TLC ranking 18th. Over the years Discovery has attempted to ramp up its Health Network programming and branding to appeal to a wider audience but it’s mostly medical-based shows only capture so much audience attention.

Re-branding the network as OWN could revolutionize that part of Discovery’s business. We don’t yet know if Winfrey plans on having a talk show on the network, but a statement from Harpo Productions seems to indicate that will be the case.

And if Discovery is the big winner here, surely the losers are local affiliates that air Winfrey’s syndicated talk show (in Baltimore that’s NBC affiliate, WBAL). Winfrey’s 4 p.m. show leads right in to local newscasts at 5 p.m. The effect may not be as great as the Leno Effect during primetime, but stations must be concerned.

What do you think of Winfrey’s move? Who is the biggest winner?

×
Enjoy This Free Article.
We Have 2 More For You.
All You Need To Do Is Register To Receive Your 2 Additional Free Articles.
Baltimore Discovery Communications Inc. media oprah winfrey ratings television WBAL 3:15 pm Mon, November 23, 2009 Maryland Daily Record
Liz Farmer