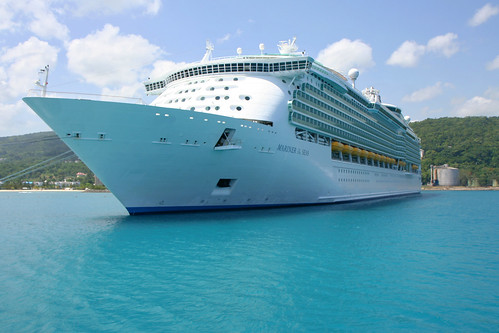 Want to rub shoulders with Le’Ron McClain, Jared Gaither, Jonathan Ogden and Michael McCrary…AND get a nice Caribbean tan while doing it?

After seeing the success of sports-themed cruises and launching Philadelphia Eagles and the Phillies- themed cruises last year, AAA-Mid-Atlantic is bringing the party to Baltimore this summer. The trip is aboard Royal Caribbean’s Enchantment Of The Seas and will take fans on a five-day round trip to Bermuda.

And then there’s the chance they could change the players on you at the last minute. As of now you’ve got two retired players (who won the Super Bowl XXXV with the Ravens), a starting left tackle and a Pro Bowl fullback. No offense to third-string QB John Beck, but if one of those guys couldn’t make it and they stuck Beck in his place, I’d feel kind of swindled.

Would you book the trip?

×
Enjoy This Free Article.
We Have 2 More For You.
All You Need To Do Is Register To Receive Your 2 Additional Free Articles.
Baltimore baltimore ravens royal caribbean Tourism travel 12:31 pm Wed, January 13, 2010 Maryland Daily Record
Liz Farmer