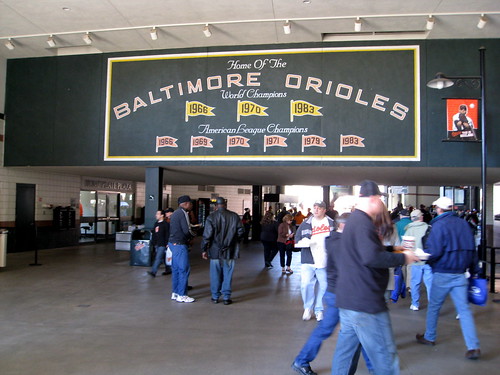 A fun article by Tom Verducci in this week’s Sports Illustrated takes a neat look at numbers and baseball and uses payroll, wins and post season success to determine which teams are getting the most bang for their buck.

Not surprisingly, the Orioles are one of the least-efficient teams in Major League Baseball in terms of the money spent for players vs. on-the-field success. According to Verducci’s numbers, over the last decade the Orioles have spent $717.2 million and won 698 games, or $1.03 million per win.

OK, it’s less than the $1.75 million the New York Yankees spent per win…but then again the Yanks did grab two World Series titles and four pennants in nine post season appearances. And with 12 straight losing seasons, the O’s have posted big fat “zeros” in those categories.

Sure, you could argue that the Orioles play in the toughest division in baseball. But when you look at Tampa Bay’s numbers — 694 wins at $577,522 per win and one pennant — that argument starts getting weak. True, the Rays caught lightening in a bottle the year they made it to the World Series…but at least the team didn’t waste its money the other nine years.

Hopefully with this change of focus on the farm system the Orioles can manage their payroll better. It’s funny — fans often complain that owner Peter Angelos won’t spend money on good talent. And maybe that’s been true at times…but obviously money isn’t everything.