How much red meat can Baltimore take? 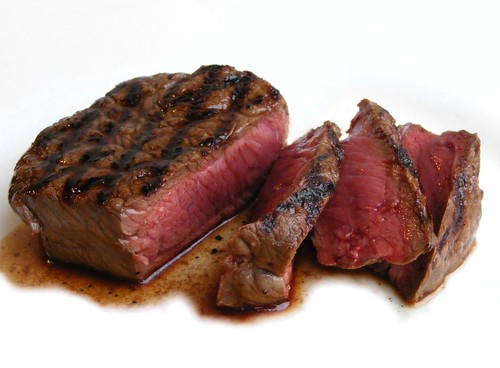 OK, just to be fair, Prime Steakhouse is located a little more off the beaten path than the others. Sullivan’s Steakhouse, the two Ruth’s Chris Steak Houses, Flemings Prime Steak House & Wine Bar, Morton’s the Steakhouse and Shula’s Steak House are all within a half-mile of the Inner Harbor. Prime is set in Fells Point, a bit to the East of the bunch.

But my point is still the same — we must really love our steak in this town for someone to come in, look at the market and think, “You know what’s going to fill a need here? A steakhouse!”

The economy’s doing a little better. But it’s not doing THAT much better. And for an owner to try and open a high-end restaurant in direct competition with eight others (most of them chains) it’ll be a major uphill battle.

One thing going for Prime is while its menu is pretty standard (steaks, chops and a few seafood options), none of the entrees exceed $30.

(On a side note, the ownership of the new restaurant is in its own little battle, as The Sun’s Dining@Large blog pointed out Thursday.)

Do you think Prime Steakhouse stands a chance?

×
Enjoy This Free Article.
We Have 2 More For You.
All You Need To Do Is Register To Receive Your 2 Additional Free Articles.
Baltimore Fells Point Restaurants 11:15 am Fri, February 26, 2010 Maryland Daily Record
Liz Farmer