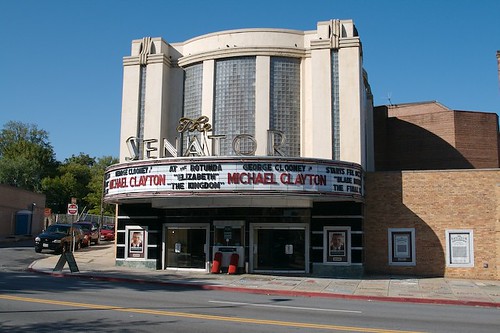 Preservation groups are targeting the Baltimore Development Corp. with a letter campaign for not having a historical preservation expert on its board.

In a Mar. 11 letter to Mayor Stephanie Rawlings-Blake, Baltimore Heritage Executive Director Johns Hopkins said the “BDC is charged with working in historic areas and on historic buildings throughout the city, and this lack of preservation experience has resulted in decisions … that are unnecessarily controversial and we believe often imprudent.”

In an e-mail sent Wednesday evening on behalf of Friends of the Senator Theatre, Laura Perkins, who stepped down from the BDC’s Senator Theatre panel over this issue, said the Senator’s future is being determined without considering theater preservation models.

The group, a citizens group created to promote the theater’s preservation, has created a form letter (found here) that people can fill out and send the mayor in support of the cause.

Karen Noonan, president of the Theatre Historical Society of America, also submitted a letter to the mayor noting that while the BDC reached out to the League of Historic American Theaters to supply written input, “it is imperative that such an expert physically sits on the commission and has the opportunity to give on-going guidance …”

Officials have said in the past that the BDC’s budget for this project does not allow for a historic preservation expert or consultant.

So what’s your take on this latest saber rattling by a group that has been very vocal about what they think is best for the future of the Senator?

×
Enjoy This Free Article.
We Have 2 More For You.
All You Need To Do Is Register To Receive Your 2 Additional Free Articles.
Baltimore Baltimore Development Corporation Development entertainment preservation Senator Theatre 2:15 pm Thu, March 18, 2010 Maryland Daily Record
Liz Farmer