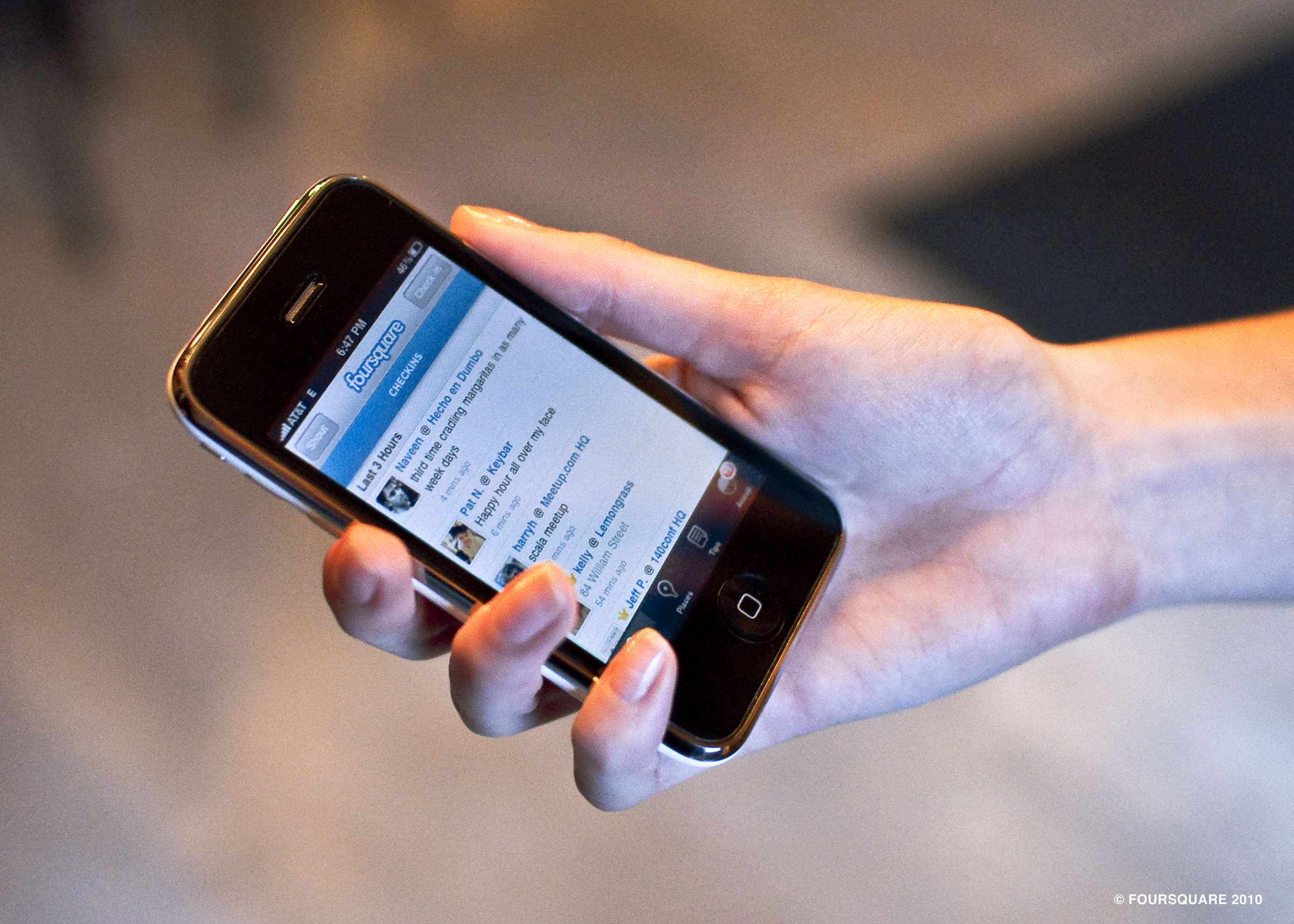 For the past few months I’ve been hearing people talk about Foursquare and haven’t paid much mind, kind of hoping that our society is all social-networked-out between Twitter, LinkedIn, Facebook and whoever else still uses MySpace.

I got my first Foursquare marketing campaign e-mail today from MGH Inc. The Owings Mills-based advertising company has launched a social networking campaign for Miss Shirley’s, owned by Crazy Man Restaurant Group, and the restaurants operated by Classic Catering People. The eatery is among the first in Baltimore to offer a special deal to customers through the new social network.

First, what is Foursquare? For a detailed explanation, read Larry Fiorno’s article in a December issue of The Daily Record. In short, it’s a location-based social networking website, software for mobile devices and a game. Users “check in” at venues using text messaging or a device-specific application and they are then awarded points and sometimes “badges.”

Miss Shirley’s is allowing the customer crowned “Mayor” –- the person who has checked in via Foursquare the most at the Roland Park or Inner Harbor locations –- to show his/her “Mayor card” on their mobile device and skip waiting in line at the popular breakfast, brunch and lunch destination.

That’s actually a really good prize if you’ve ever tried to get breakfast on a weekend at the popular eatery.

S’ghetti Eddie’s and Roland Park Bagel Co. are also getting in on the game and will reward frequent patrons through Foursquare with freebies.

So kudos to the restaurants and MGH for getting in on the latest trend in social networking. But how long do people think this one will last? Seems to me the new network is also the perfect virtual stomping ground for stalkers or just creepy people in general.

It’s way too easy to know a lot about a person with just a little effort. For instance, the name of the current mayor of Miss Shirley’s is listed as first name and last initial on his Foursquare profile. But from that profile and you can go to his Facebook page and view his entire name. You can also see his siblings’ names, his wife’s name and where he works, among other things.

Between the two pages we know a lot about this guy and where to find him. I can only imagine how fast this marketing campaign would shut down if something were to happen to one of the frequent diners at these establishments and Foursquare was the connection.

Granted, Twitter’s not that different in that people freely announce where they are, what they’re eating, etc. But for me, basing an entire site on tracking people’s movements is jumping into murky water.

×
Enjoy This Free Article.
We Have 2 More For You.
All You Need To Do Is Register To Receive Your 2 Additional Free Articles.
Baltimore Foursquare Marketing MGH Restaurants 1:51 pm Wed, April 21, 2010 Maryland Daily Record
Liz Farmer