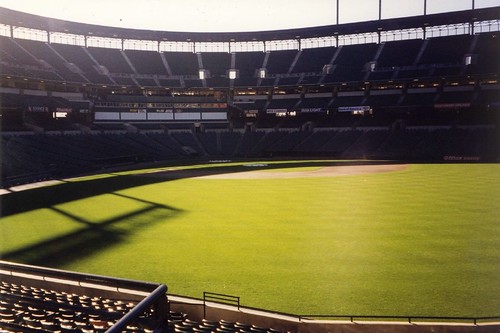 With 15 home games left in the season, the Baltimore Orioles are staring down an abysmal attendance hole they won’t remedy before the end of the year.

Just 1.37 million people have gone to Camden Yards this year through 65 games — a 13.5 percent drop in attendance from this point last year. I doubt it will end that low with the Red Sox and Yankees each due for one more weekend visit here before the end of the season. But a 10 percent drop in overall attendance and a total of just over 1.7 million total fans isn’t out of the question either.

It’s a sad state the team has reached in just a few short years. I remember in 2008 how much mockery the team received for Camden Yards’ first less-than-2-million-people attendance year. The team was able to save a little face in 2009 with a 2.2 percent attendance drop by pointing to the recession and noting the league had averaged a 3 percent to 5 percent attendance dip.

Nowadays getting to the 2 million mark would be an astounding achievement. Could it indicate that time is running out on President of Baseball Operations Andy MacPhail’s plan to turn things around? Even with raising the price of  “premium” (read: Yankees and Red Sox) game tickets, owner Peter Angelos can’t be happy if this year ends with about 200,000 fewer fans at the ballpark this year.

×
Enjoy This Free Article.
We Have 2 More For You.
All You Need To Do Is Register To Receive Your 2 Additional Free Articles.
attendance Baltimore baseball Camden Yards Orioles perry hall 11:07 am Tue, August 24, 2010 Maryland Daily Record
Liz Farmer