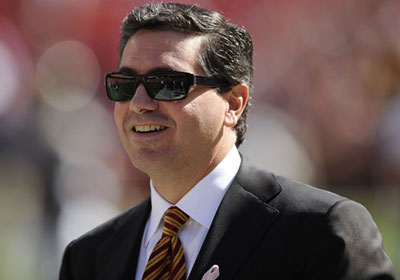 Here’s something I’ll bet Washington Redskins fans have been waiting to hear from owner Daniel Snyder:

I understand the anger people feel toward me when the Redskins have a losing season or when we sign a veteran player who does not meet expectations. I have been a Redskins fan all my life, and I get angry, too, including at myself. I am the first to admit that I’ve made mistakes as an owner. I hope I’ve learned from them. All I want is for the Redskins to win!

Of course, seemingly nothing is that simple when it comes to the Redskins. Snyder’s mea culpa came as part of an opinion column he wrote Tuesday about why he is refiling a libel lawsuit against Washington City Paper. (Snyder initially filed suit in New York back in February but wrote Tuesday he had to file the same complaint in Washington for “legal reasons.”)

At issue is a November 2010 story, “The Cranky Fans Guide to Dan Snyder,” where writer (and longtime Snyder critic) Dave McKenna chronicled the lowlights on and off the field since Snyder bought the team in 1999. City Paper editors stand by the story, even as Snyder claims it contains many false and defamatory statements.

The original filing of the lawsuit in February prompted the sports gossip website Deadspin to launch “We Are All Dave McKenna“, a daily post that provides links to and excerpts of McKenna’s story as well as other Snyder-related items. The website has posted its interesting take on Snyder’s column ; be warned, it contains some salty language and mental images.

Snyder, whose father was a journalist, says he will donate any money he receives should he prevail in his lawsuit. But if City Paper retracts the false statements and apologizes, he would be willing to withdraw the lawsuit: