From staff to supervisor 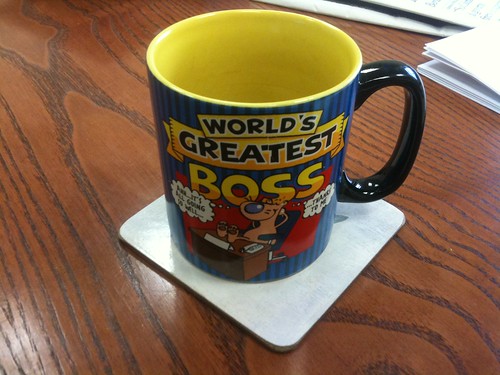 One of the things they do not teach you in law school is how to be a supervisor. Yet many young lawyers will find themselves in a supervisory position early on — like me.

I began working at Bodie, Dolina, Smith and Hobbs PC as a law clerk in 2006. I had been one of the “staff” for almost two years; that is the role I knew and understood. In 2009, after a judicial clerkship, I returned to the firm as an associate attorney.

I joined a team with a senior attorney, several paralegals, legal assistants, law clerks and interns. I knew how to take direction, but how would I be at giving it?

I can distinctly remember that first day. I sat down and looked around my office. I was no longer in a cubicle. I had two large windows and a massive desk. I had filing cabinets, a bookshelf and two chairs facing my desk. I also had a staff who needed me delegate to them, to organize them and to work with them to accomplish our department’s objectives. I had to be a leader.

But, I reminded myself, at 26, I was younger than most of the people on my team.  Some had been at the firm for over a decade. Why would they listen to me? I did not know the first thing about what I was doing. Who was I to lead anyone?

In the beginning, I kept my head low. I focused first and foremost on learning how to do my job. In those early months, I found delegating awkward. I profusely apologized when I assigned a mundane task like filing or copying. When something was done improperly, I agonized over how to address it.

More than two years later, I can say, with confidence, you get over it. You find your niche, your confidence, your role. I now recognize what it means to be a member of team. We all have a role to play and that includes me. I would be doing my team, and ultimately my clients, a disservice by not stepping up and taking my role as a supervisor by the horns.

Most importantly, I have learned why they do not teach you how to be a supervisor in law school. There is no magical formula for being an effective supervisor. You simply have take each day as an opportunity to learn and to become better.

×
Enjoy This Free Article.
We Have 2 More For You.
All You Need To Do Is Register To Receive Your 2 Additional Free Articles.
advice clerkship supervisor young lawyer 12:30 pm Mon, July 18, 2011 Maryland Daily Record
Sarah D. Mann