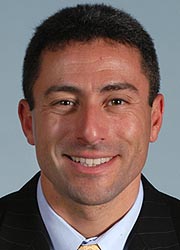 A Baltimore County Democrat is sponsoring legislation that would reduce the penalty for possessing a small amount of marijuana.

Sen. Bobby A. Zirkin is guiding a bill that would change possession of an ounce or less or marijuana from a criminal misdemeanor to a non-criminal infraction punishable by a fine of up to $100.

The bill, SB 297, is slated for a hearing in the Judicial Proceedings Committee on Tuesday.

Law Enforcement Against Prohibition, a group that advocates for drug regulation rather than prohibition, cites a study by Harvard University economist Jeffrey Miron that found Maryland spends $236 million a year enforcing marijuana laws.

State fiscal and policy analysts wrote that decriminalization could free up some resources. The Office of the Public Defender told analysts that decriminalizing small amounts of marijuana would reduce their case load significantly.

But analysts said the fiscal impact on state and local coffers would be “minimal.”

×
Enjoy This Free Article.
We Have 2 More For You.
All You Need To Do Is Register To Receive Your 2 Additional Free Articles.
marijuana Sen. Bobby Zirkin 4:14 pm Mon, February 11, 2013 Maryland Daily Record
Alexander Pyles