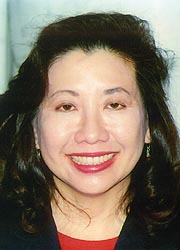 Del. Susan C. Lee plans to run for the Maryland Senate seat soon to be vacated by longtime Sen. Brian E. Frosh, who is campaigning to be Maryland attorney general.

Lee, a Montgomery County Democrat, announced her candidacy for the District 16 seat in an email on Monday. A member of the Judiciary Committee, Lee has been a delegate since 2002.

In the email announcing her run for Senate, Lee noted her “efforts to pass an aggressive agenda of laws to uplift women, children, and families” and says she is a “leading authority in the General Assembly on landmark laws dealing with cyber security, identity theft, online fraud, public safety, telemedicine, nanobiotechnology, emerging technologies and jobs creation.”

Sen. Jamin B. “Jamie” Raskin, a fellow Montgomery Democrat and influential member of the Senate Judicial Proceedings Committee, said Lee was a “dependable champion for the policies that make Montgomery County a great place to live.”

Frosh has represented the Bethesda area in the Senate since 1995 and has been chairman of Judicial Proceedings since 2003. Though he once coveted the job of Senate president — held by Thomas V. Mike Miller Jr. since 1987 — Frosh decided late last year to explore a run for attorney general. He officially announced his candidacy last month.