After Dwyer’s DUI arrest, George calls for delegate to resign 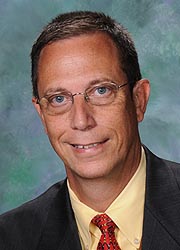 Del. Ronald A. George said Tuesday that Del. Don H. Dwyer Jr. — an Anne Arundel County Republican who this year has twice been charged with operating vehicles while drunk — should resign from the House of Delegates.

“Out of concern for people that could be harmed and out of concern for Don Dwyer himself, I am calling for him to resign and get help,” George said. “His constituents deserve good representation.”

George, an Anne Arundel County Republican who is running for governor, called for his colleague’s resignation after Dwyer was arrested for drunk driving early Tuesday morning. WBAL reported that Dwyer failed three separate field sobriety tests after being pulled over just before 1 a.m.

The drunk driving charge comes about a year after Dwyer was involved in a drunken boating accident that injured several people. He pleaded guilty to boating while drunk in May. He appealed his sentence and entered a second guilty plea in Anne Arundel County Circuit Court this month. The new sentence is expected to be handed down in October.

George did not call for Dwyer’s resignation after the boating accident but said Tuesday’s arrest showed the delegate was out of control.

“It’s proved that it’s a continuing problem, he doesn’t have control of it, he needs to resign and get some help,” George said. “We have to be held to a  higher standard, all of us do. … You’re sending an example to a lot of young people.”

House Speaker Michael E. Busch, an Anne Arundel Democrat, said in a statement that Dwyer’s future as a legislator was Dwyer’s to decide.

“Delegate Dwyer’s conduct and indiscretion has put him in direct conflict with the laws of this state and is unbecoming of a legislator,” Busch said. “As speaker, I am bound by the laws of the state. As such, while I don’t believe anyone in the Maryland General Assembly condones these actions, his current legal standing as a legislator has not changed.

“Delegate Dwyer’s future in the legislature will be decided by his own conscience as he considers whether he can effectively represent his constituents or, ultimately, by the voters of District 31.”

×
Enjoy This Free Article.
We Have 2 More For You.
All You Need To Do Is Register To Receive Your 2 Additional Free Articles.
Anne Arundel County don dwyer drunken boating dui republican Ron George 9:57 am Tue, August 20, 2013 Maryland Daily Record
Alexander Pyles