For sale: A 169 year old house in Fells Point with a less-than-spectacular kitchen and a basement fit for a hobbit that was home to none other than William Donald Schaefer. 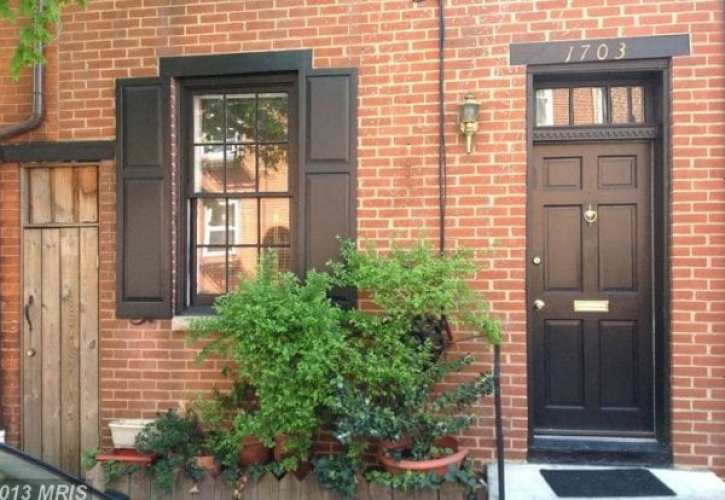 This home, formerly owned by William Donald Schaefer, can be yours for the low price of $249,999. [photo linked from Baltimore Fishbowl]

“The house has potential to be a gem, depending on how much imagination and money you want to put into it,” according to the site.

Realtor.com reports that the home was renovated in the 1990s and “has a fabulous historic district location” and is convenient to Johns Hopkins Hospital.

The home features one full bedroom on the second floor and a bathroom. The third floor has a small bedroom and another small room that could be a full bath. There’s a small door that leads from the kitchen to a side passage. The site said the kitchen is “functional but hardly worth mentioning” and the basement is unfinished basement features ceilings too low for folks to stand in.

But it was owned from 1996 to 2008 by a man who was a city councilman, mayor, governor and state comptroller.