UPDATED (10:35 a.m.)—A Towson man perhaps best known for his advocacy pertaining to changing the laws regarding dog bites and landlord liability said he plans to file as an unaffiliated candidate for Baltimore County Executive.

Tony Solesky, in an email, said he expects to file for the office by the end of the day Monday.

Tony Solesky, a Towson resident who has made his name fighting for a Court of Appeals ruling in which pit bulls were named an inherently dangerous breed, said he will file for Baltimore County Executive. (file photo Feb. 6, 2014, The Daily Record/Bryan P. Sears)

Solesky will need to do more than sign a few forms in order to get on the ballot. State law requires unaffiliated candidates to collect signatures from registered voters in order to secure their spot.

Katie Brown, elections director at the Baltimore County Board of Elections, said Solesky will need to collect the signatures of 3,779registered Baltimore County voters—one percent of the 377,854 voters as of Jan. 1, 2014— by August to be eligible for the General Election ballot.

Assuming he can collect the required signatures, Solesky would face incumbent County Executive Kevin B. Kamemetz, who so far is running unopposed in the Democratic primary. Kamenetz reported more than $1 million in cash on hand as of the most recent report filed in January.

On the Republican side, former Baltimore County Republican Central Committee Chairman Tony Campbell, of Towson, and Gregory J. Prush, a Pikesville resident, have registered to run.

Campbell did not have an active campaign account as of Monday morning, according to the Maryland State Board of Elections website.

Prush filed an affidavit with the board of elections stating he intends to not raise or spend money in the cumulative amount of $1,000.

Solesky is the father of Dominic Solesky, who was mauled by a pit bull named Clifford while playing with friends in an alley near his east Towson home.

The dog tore away the boy’s upper thigh, severing his femoral artery and leaving him near death.

The attack lead to a case before the Maryland Court of Appeals in which the court ruled that pit bulls were an inherently dangerous breed of dog and that landlords could be held liable for those dogs living on their properties.

That ruling lead to as yet unsuccessful legislative wrangling over the issue. A compromise bill sponsored by Sen. Brian E. Frosh is expected to be debated and voted on (subscriber access) by the full Senate as early as Wednesday.

Solesky is a former neighborhood association president and vice president serving on the board of directors at the Red Eye Yacht Club on the Middle River, according to the biography sent with his statement.

He is also a member of the United States Power Squadron, Dundalk, MD District 5. He is currently serving as a member promoting boater safety through education and awareness. Solesky also holds a USCG Charter Captain’s license. 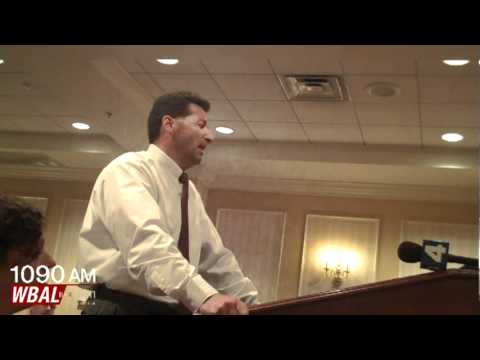 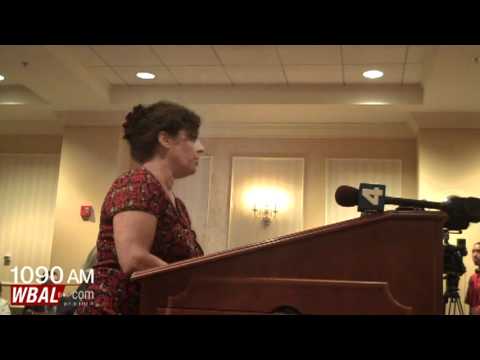