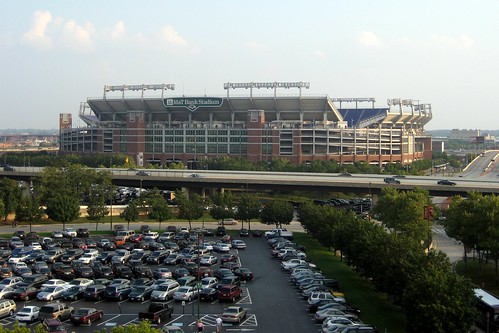 With all the hype about the Lacrosse Final Four being back in Baltimore (where many think it belongs for good), organizers have to be at least a little disappointed with the final attendance count for the weekend.

Last week officials were predicting a total attendance of 120,000.

I can think of a couple of reasons why the attendance didn’t measure up. The most obvious is that the Maryland and Navy men were a no-show this year. (Meanwhile the Maryland women not only were in the NCAA championship, they took home the trophy Sunday night. Just had to point that out.) Sure a couple of local players were out there for both Notre Dame and Duke, but a few family and friends coming out to watch one person play does not make a big difference.

The last time Baltimore hosted the championships, M&T Bank Stadium had the advantage of the local draw. In 2003, Maryland made the Final Four and in 2004, Navy advanced to the championship game.

Another factor is we’re still coming out of a recession.

Another argument I’ve heard but am not sure I agree with is the hot weather kept more people from coming. I’ve sat through Orioles games in weather much worse than Monday’s 80-plus degrees. When you have tickets, you go to the game. Or maybe I’m just a cheapskate that way.

Any other thoughts as to why attendance wasn’t as expected?