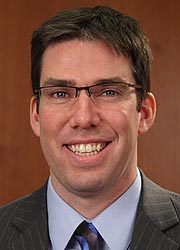 Del. A. Shane Robinson, a Montgomery Democrat, announced on his confirmed Twitter account Monday night that he would try again next year.

“Hard 2 believe we’re considering #fracking in Maryland,” Robinson wrote. “Will be introducing a ban bill in 2014.”

The Marcellus Shale Safe Drilling Advisory Commission — formed by Gov. Martin O’Malley through executive order — is currently studying the safety and best practices for fracking. The panel released last month a draft report on best practices, which was immediately criticized by environmentalists because the commission has not yet completed a study of risks associated with fracking.

“The cart has been put before the horse on fracking in Maryland,” Mike Tidwell, director of the Chesapeake Climate Action Network, said in a statement. “What sense does it make to lay out guidelines for the ‘best way’ to frack for natural gas when the state hasn’t formally inventoried the risks and harm that could come the moment drill bits enter our soil?”

The Maryland Department of the Environment is not issuing drilling permits until studies are completed. Meanwhile, gas companies have been allowing leases signed with Western Maryland landowners — where Marcellus Shale runs beneath Garrett and part of Allegany counties — to expire.

Robinson could not immediately be reached for additional comment. The first-term state delegate sent his tweet while watching “Gasland 2,” the just-released sequel to Josh Fox’s 2010 “Gasland” documentary that depicts fracking — a controversial drilling technique used to extract natural gas from mile-deep rock called Marcellus Shale — as a danger to health and the environment.

Last year’s ban bill was killed by the Senate Education, Health and Environmental Affairs Committee, which also voted down legislation that would have put a moratorium on fracking.

Some lawmakers — especially those who represent Western Maryland — favor fracking for its potential economic benefits, including job creation and putting money from leases and royalties into the pockets of locals who agree to let natural gas companies drill on their property.